Our day tours are perfect for people who are already in Vermont, or for those just visiting for a short period of time. We’ve packed a ton of interesting places into an 7-hour tour that explores the best attractions in the Woodstock and Quechee areas. 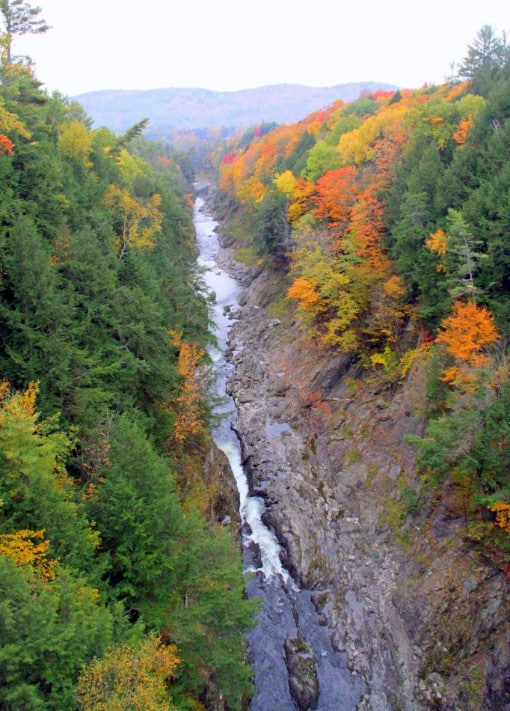 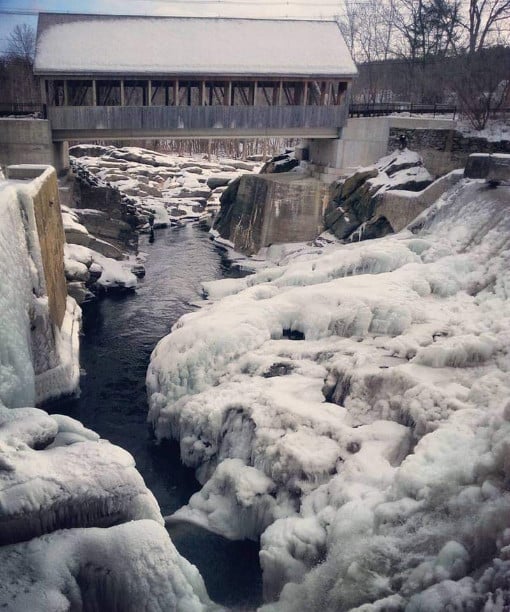 “My son and I book the 8 hour tour with Natalia. We both had a wonderful time and learned so much about Vermont. Natalia picked us up at our hotel so we were able to relax, take pictures and get to know Kurt and Georgian, a very nice couple we met who also booked the tour. I am so glad I found vermontology.com and highly recommend this tour!!!!” Read more on TripAdvisor…

Our first stop will be in Woodstock, where we will stroll through the village green to admire the restored Georgian, Federal Style and Greek Revival houses. Many of these houses were built between the late 1700’s and mid 1800’s, as evidenced by exterior plaques stating the year of their construction. The Woodstock Inn and Resort is a part of this picturesque landscape. We will also take a walk through the town’s beautiful covered bridge, which crosses the Ottauquechee river. Nearby you will also find the Gillingham & Sons General Store. Built in 1886, it remains in the family’s hands to this very day. Also worth noting is that when walking on Elm street, you can admire the bells of Paul Revere in the First Congregational Church. There are also many interesting shops to be found, such as art galleries, art and craft stores and more. 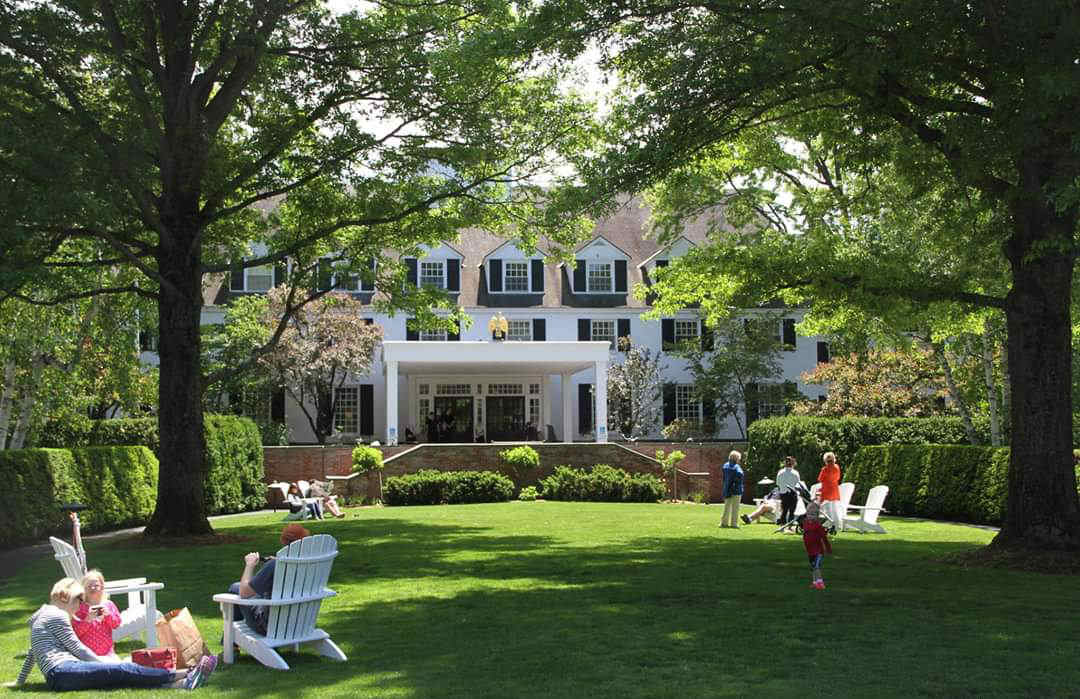 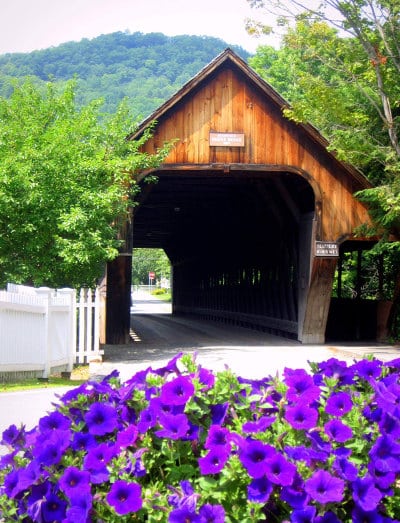 “We came to Vermont for our 6 year anniversary. My husband surprised me and hired Natalia from Vermontology to take us around for the day. We got to experience all of the amazing sites including the Woodstock Village, the Quechee Gorge, antique shops, wine and cheese tasting, glass blowing…” Read more on TripAdvisor…

Next, you will take a guided tour of Marsh-Billings-Rockefeller Mansion*, led by a ranger from the National Park Service. The mansion was originally constructed as a brick house in the Federal-style by Charles Marsh in 1805. It was purchased by Frederick Billings in 1869 and remodeled in the fashionable French Second Empire Style. Fifteen years later, Billings enlarged and remodeled the house in the Queen Anne Style. Billings’ granddaughter, Mary French Rockefeller, inherited the property in 1954. She and her husband, Laurence Rockefeller, adapted the home for modern living. This Queen Ann style mansion holds the largest private collection of Hudson River School paintings in the United States.

Today the home remains the way the Rockefellers left it in 1997. It is the only national park in Vermont, and the only one in the country dedicated to conservation and stewardship.

Lunch is available for purchase in downtown Woodstock; there will be time to eat after visiting Marsh-Billings-Rockefeller Mansion. 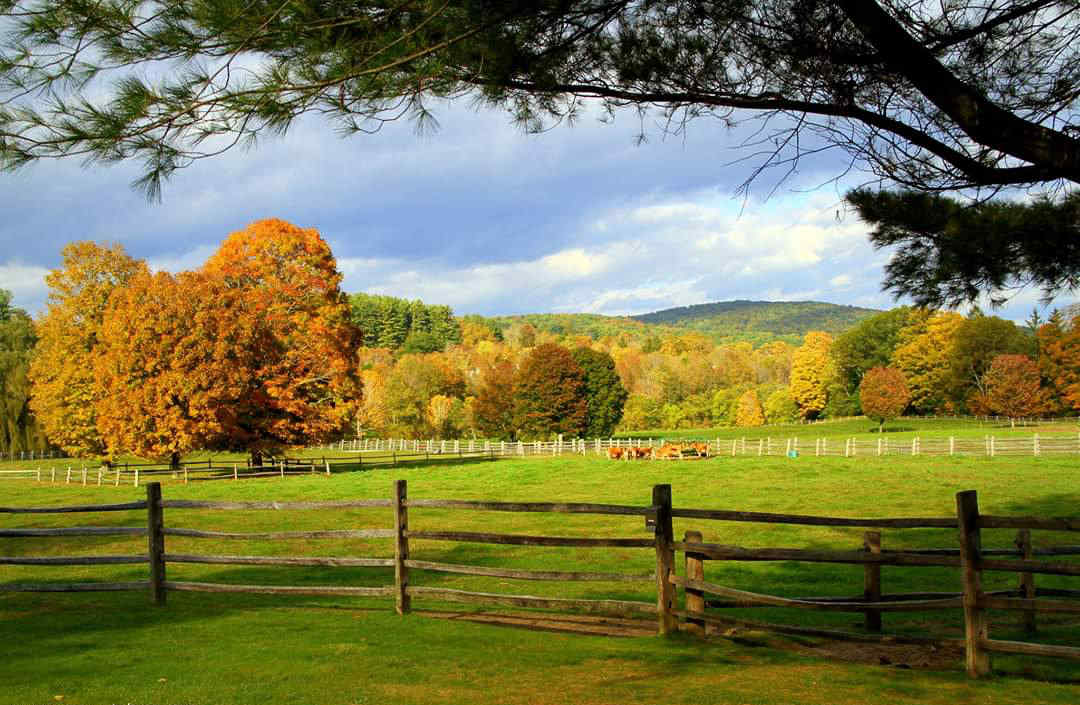 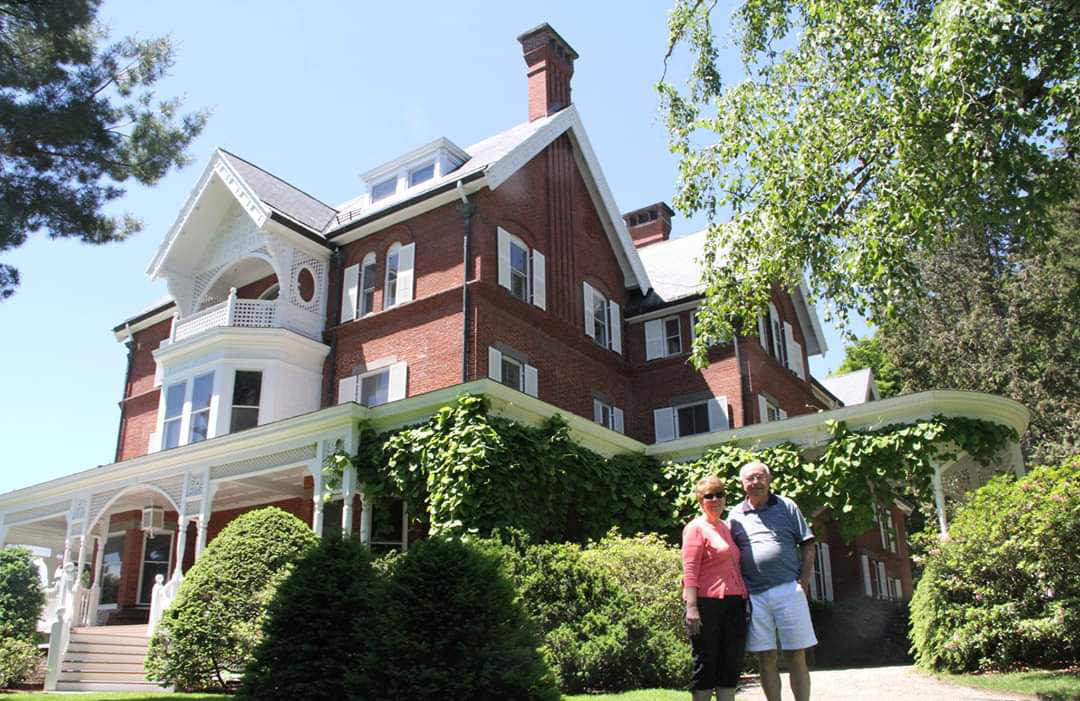 You Can’t Get Better Than Vermontology

“My daughter and I are still reliving our wonderful memories of Vermont brought to us by Natalia and Vermontology. We came to Vermont with no car and I did not want the hassles of renting a car and driving around unfamiliar territory. We were fortunate to learn about Vermontology and Natalia’s personalized custom tours. Natalia picked us up from our Bed and Breakfast in her wonderful mini-van. She created a customized itinerary for us based on our interests. Since she is a resident of Vermont, she shared all kind of interesting facts and tid bits that made our tour really interesting. She took us to both popular sites and attractions as well as off the beaten track small towns and sites that only a knowledgeable local would know. Best of all, Natalia really catered to our needs My daughter and are vegetarian and Natalia really focused on our dietary needs by taking us to vegan/vegetarian restaurants. What we loved the most was Natalia’s great outgoing personality. She is so warm and friendly. I would totally recommend Vermontology to anyone who wants a personalized small (no big bus with loads of tourist) tour of Vermont by someone who really loves the state and is very knowledgeable. We love Vermontology! So will you!” Read more on TripAdvisor…

** Marsh-Billings-Rockefeller Mansion is closed in winter. In its place, we will visit VINS (The Vermont Institute of Natural Science). VINS is a sanctuary for raptors (hawks, falcons, owls). Entry fee applies.

Next, we will take a short drive to Taftsville, home of Vermont’s second longest covered bridge. Built in 1836, this timber-framed covered bridge spans the Ottauquechee River, and is one of Vermont’s oldest covered bridges. In 2011, this bridge was severely damaged by Hurricane Irene but managed to remain standing; it was closed for repairs for two years until its re-opening September of 2013. 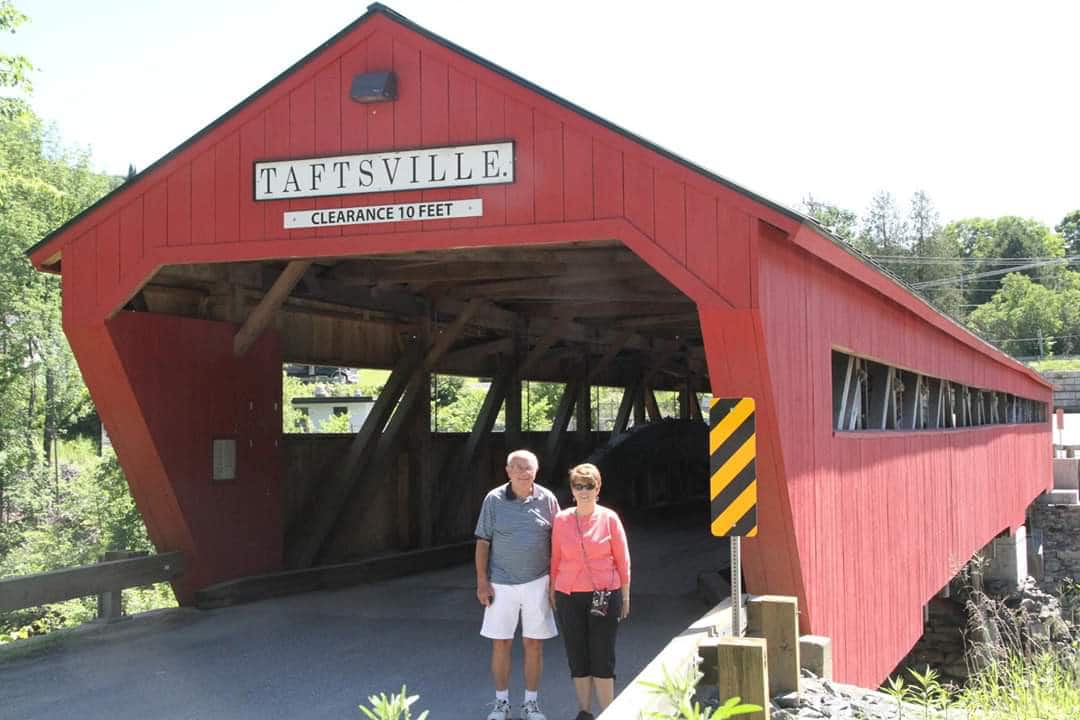 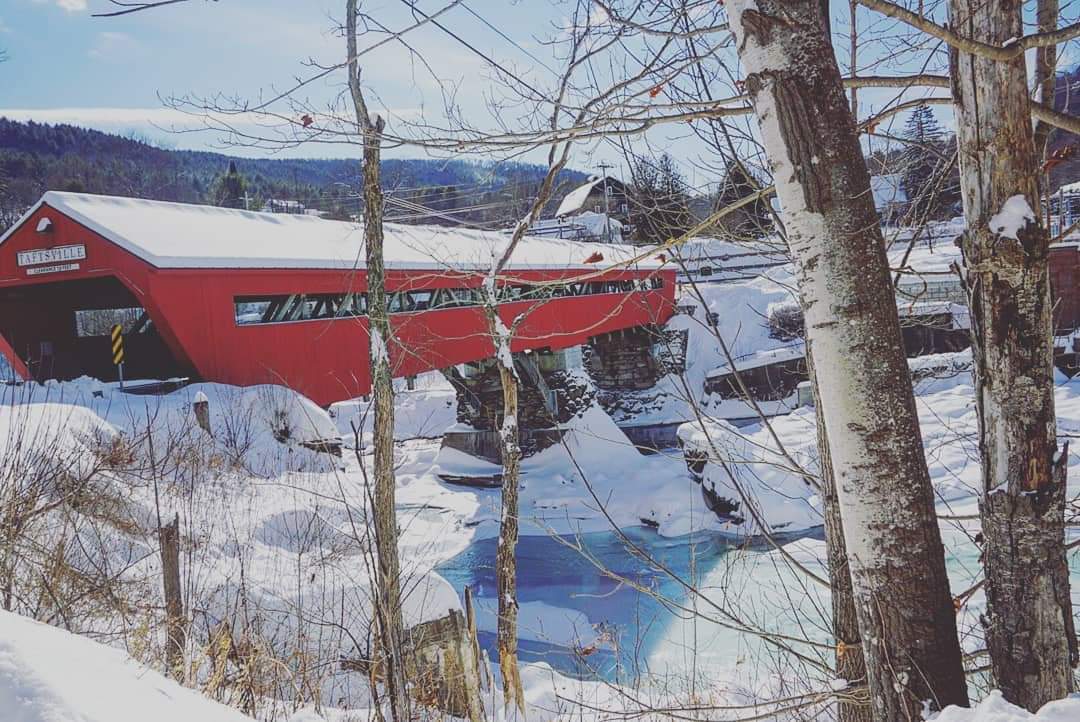 “Our one day trip with owner and driver/tour guide, Natalia, was excellent! Not only is Natalia very knowledgeable about Vermont, but she is also a very pleasant person to be around. Her congenial personality added much to our day. She drove my husband and I to scenic sites such as waterfalls, covered bridges, country stores and more. It was a wonderful way to see many of the most beautiful sites in Vermont, especially when you don’t have much time to plan it yourself or if you just want to relax and enjoy the sites without having to do the driving. We would very highly recommend this experience with Vermontology. Natalia is a consummate professional, providing us both an excellent touring experience; she also exhibited a very caring regard for her customers, going out of her way to make sure we enjoyed our tour. Don’t miss this unique, fun opportunity to see Vermont! We highly recommend it.” Read more on TripAdvisor…

Our next destination will be Simon Pearce glassblowing studio in Quechee. From hand-thrown pottery to lead-free crystal glassware made with custom molds and purpose-built furnaces, each handcrafted piece carries a story that lends meaning, authenticity, and grace to every use. Here you will witness an in-person glassblowing demonstration; the experienced on-site staff will be able to answer any questions you might have about their process. This glass blowing studio is also home to their high-end retail store and restaurant, overlooking a waterfall and modern covered bridge. This bridge was destroyed by Hurricane Irene in 2011, and rebuilt shortly thereafter.

“Natalia is just the most suitable person for this job! The love she has for Vermont is so obvious and the kindness and patience she has to accommodate everyone’s needs on the tour is amazing. Her van is super clean and comfortable. Couldn’t ask for a better tour guide to show us the beauty of Vermont! We learned a lot about this beautiful state through her. Thanks Natalia for an amazing day!” Read more on TripAdvisor… 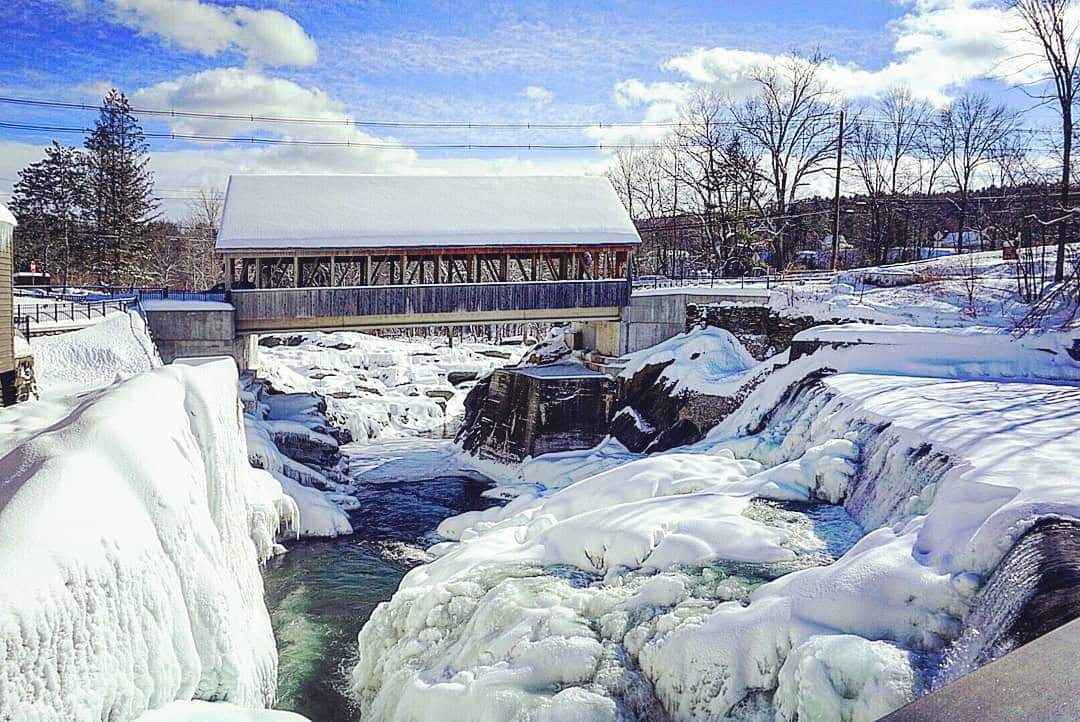 Awesome Vermont in a day!

“Took time out from the slopes to hopefully see and learn more about Vermont, and we were not disappointed! Natalia is not only an engaging tour guide, she effortlessly conveys her knowledge and love of everything Vermont! The local tastings, quaint New England towns, covered bridges, and scenery made our one day tour a delightful part of a ski vacation.” Read more on TripAdvisor… 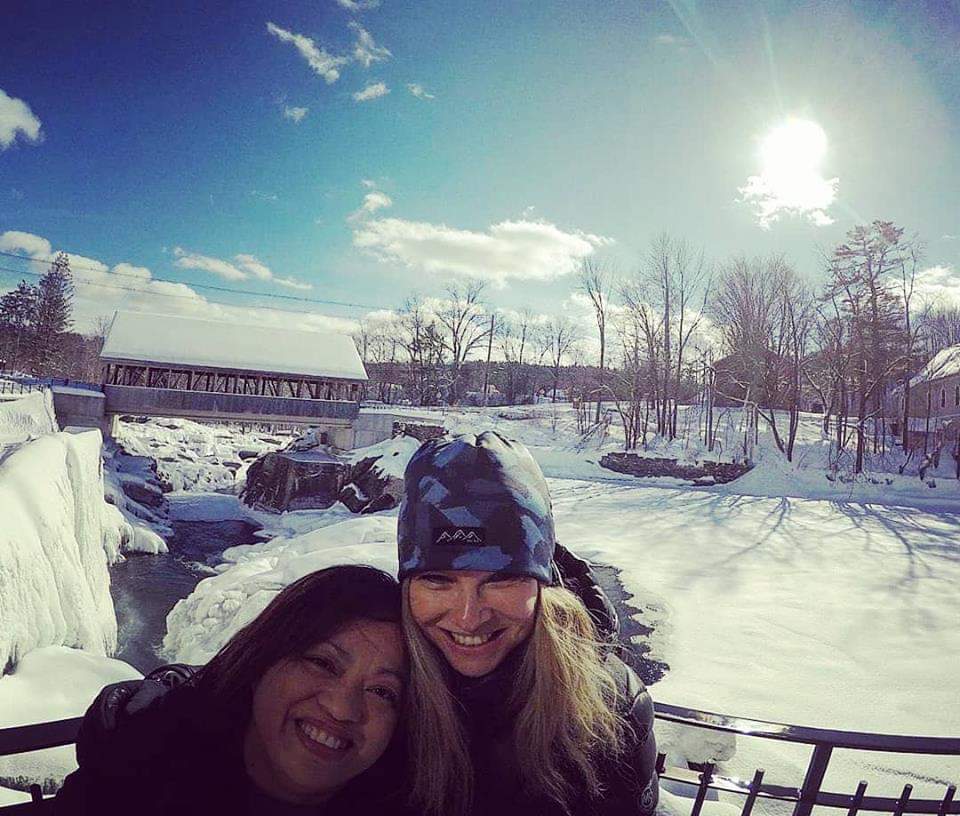 Next we will drive to nearby Quechee Gorge, Vermont’s deepest glacial gorge and one of New England’s most popular natural wonders. Formed some 13,000 years ago, this location is often referred to as “Vermont’s Little Grand Canyon.” The view from its bridge (the oldest standing steel arch bridge in Vermont) is a jaw-dropping 165 feet to the river below. This provides a breathtaking view of the shallow valley that the Ottauquechee River has cut its way through. Here you will have the option of hiking to the bottom of the Gorge and back along an easy trail that takes about 30 minutes round trip. 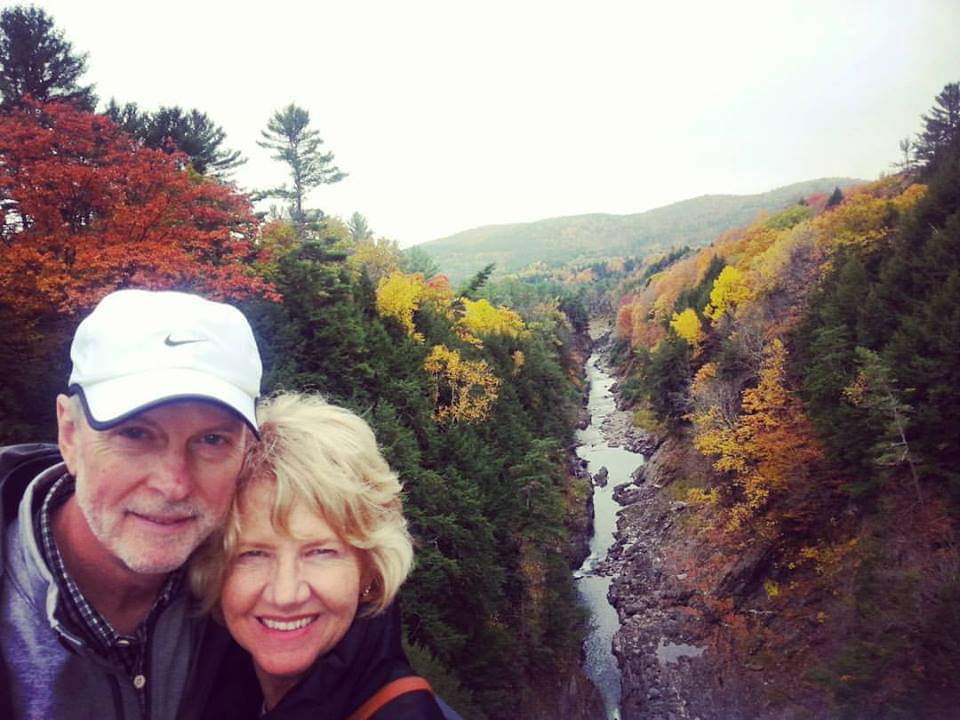 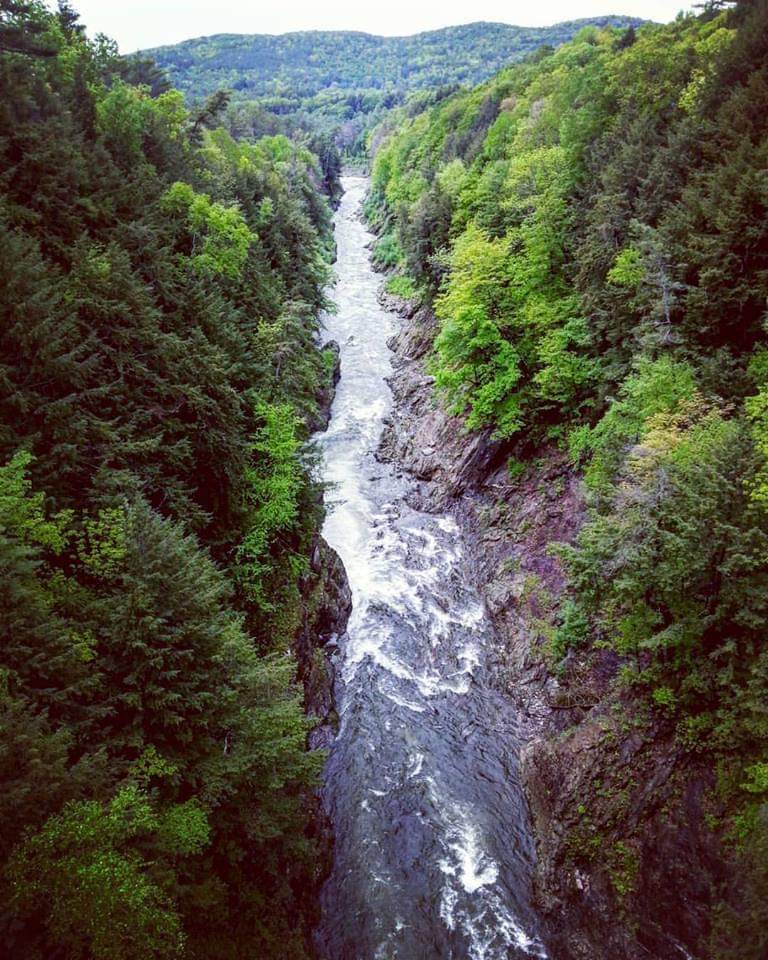 “Book your tour with Natalia! We are staying in Burlington & didn’t have much luck finding tours. Luckily, she had room for us & at the last minute!! She is an amazing tour guide. Very knowledgeable & passionate about her job. Her tours are small & very personal. Best way to your.
When visiting Vermont I HIGHLY recommend Vermontology!” Read more on TripAdvisor…

Our final stop of the day will be the Quechee Antique Mall, a 17,000 square foot barn located in nearby Quechee Gorge Village. This location was originally established in 1985 as a Woodsman Museum, Country Store, and Antique Mall. Since then, it has evolved into one of Vermont’s premier shopping attractions, loved by locals and tourists alike for its many antique stores with vintage and collectible items. The Quechee Country Store will provide you with an opportunity to purchase many different award-winning Cabot cheeses and other locally made Vermont products, such as maple syrup and other specialty items. 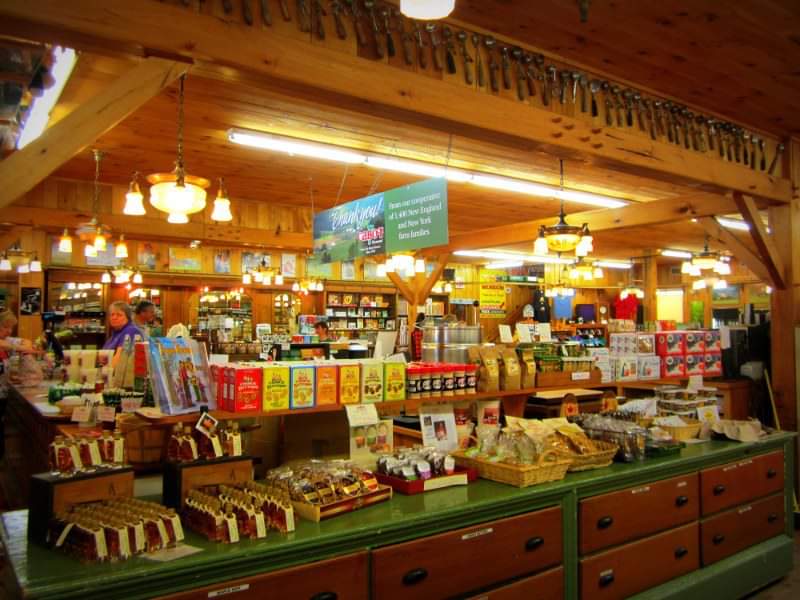 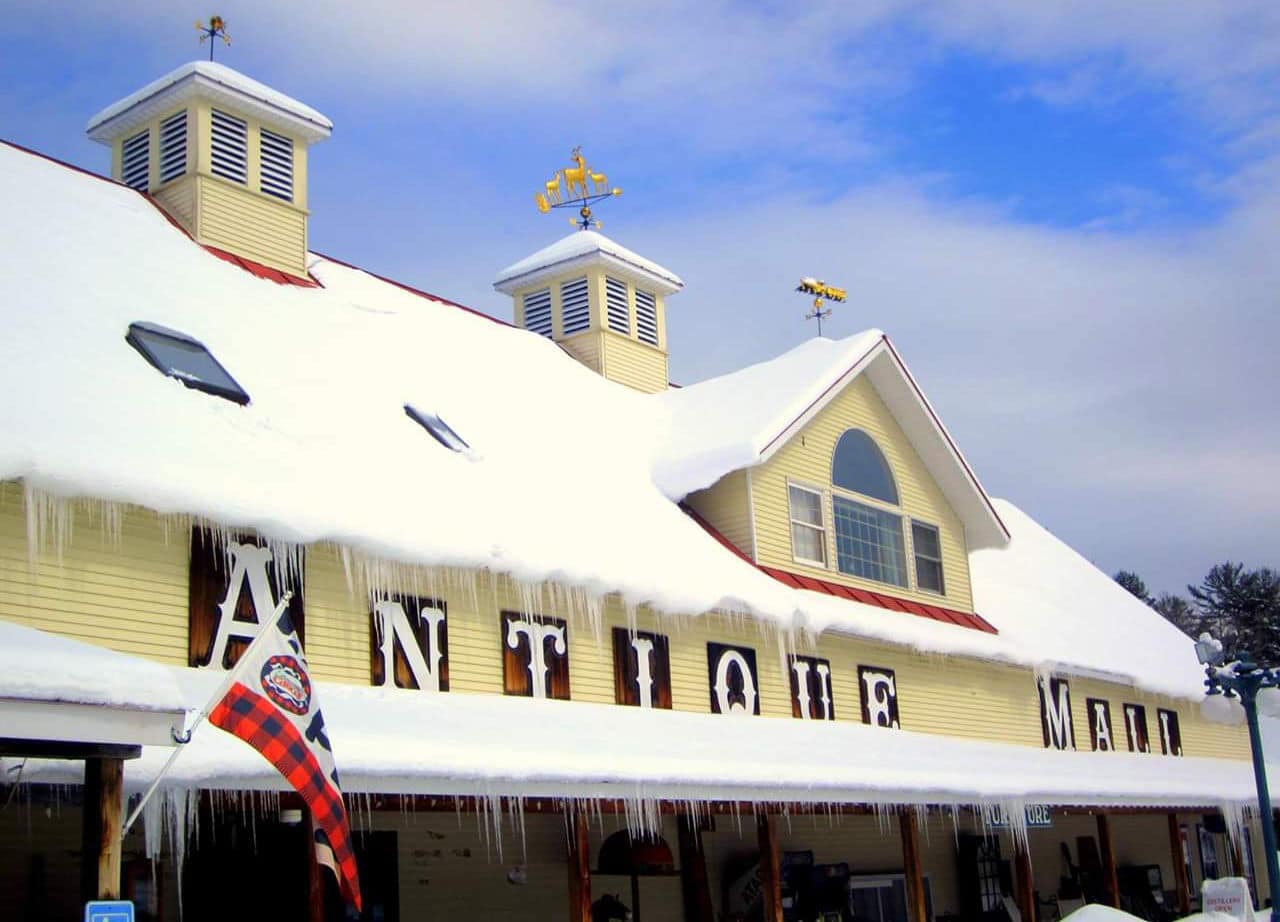 “Natalia is AMAZING!!! My husband, 17 yr old daughter, and I truly enjoyed the full 8 hr tour. Every minute was breathtaking!! Natalia knew the area well and showed us very special scenic spots that we would not have seen with other tours. Natalia tried in every way possible to please us!! She cared about us and was very personal!! Something one does not experience with other tours!! We highly recommend Natalia and will certainly keep in touch with her for future trips to Vermont! The most important element – NATALIA LOVES WHAT SHE DOES!!!!!!!!! We cannot thank her enough!!!!” Read more on TripAdvisor…

This package does not include